On the southeastern coast of the Crimean peninsula there is a beautiful and cozy city of Sudak. Prolific climate, gentle sea, velvety sand of beaches, verdure of the vineyards, picturesque mountain scenery, abundance of sights, create a unique opportunity for vacation and attract visitors from all over the world.

Sudak was founded by the Alans in 212 and traditionally had a principal military, trading, economic and cultural role in the history of the Northern Black Sea Coast. A rich history was reflected in the names of the cities: Sugdeya, Surozh, Soldaya, Soltak. In the the city was in the hands of the Byzantine Greeks, paid tribute to the Khazars and Polovtsians , it was raided by the Mongol-Tatars , owned by the Genoese and the Ottoman Turks . Sudak reached its peak in the . Even the Black Sea was then called Sudakian, or Surozhsky. Sudak was an international port where merchants from all over the world met: from Russia, Western Europe, North Africa, Asia Minor, India and China.

After joining of Crimea to Russia in 1783, the intensified development of the region began. Since the end of XIX century. A provincial town becomes a favorite resort among the clerisy, numerous summer residences and hotels appear on the coast.

Sudak is a land of the vine, a birthplace of domestic champagne.

Today Sudak is a famous climatic health resort, due to recreational options and healthful climate, mild and equable, similar to the South Coast.

You can rest here all year round: in snowless winter or tender spring, in hot summer or in golden fall, or so called Indian summer. This side is called the Country of the Sun, shining for 250 hours a year more than in Yalta. 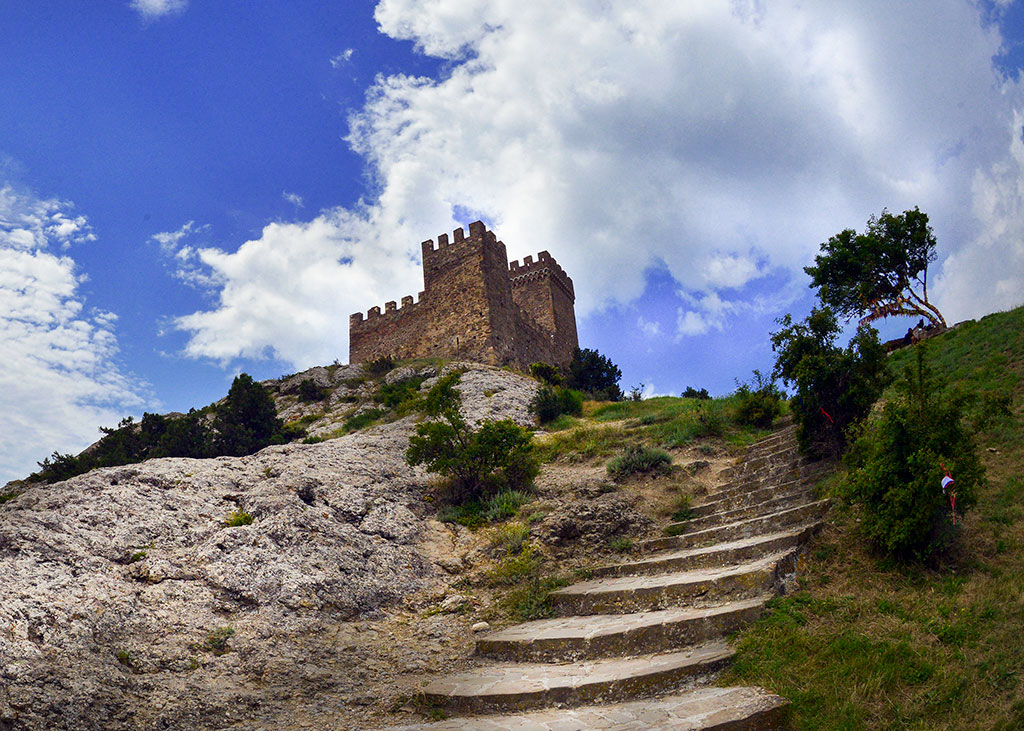 Dear friends!
We invite you to spend a vacation in the "Sudak" Tourism and Health Complex. Crimea is a gracious place attracting tourists from all over the world. Discover TAHC "Sudak" - one of the best resorts in Russia.
Directorate of JSC TAHC "Sudak"